Chila Kumari Burman played a crucial role in the emancipation of the image of an Asian woman since 1980s. Burman, breaks the stereotype of a submissive and motherly figure through subversion of the popular images of womanhood. Found images are often a starting point for her heavily embellished portraits, partly figurative, partly abstract where seductive silhouettes are confronted with bold verbal narrative, prints of the artists’ body and punk slogans. Burman through her work popularizes the knowledge of such crucial figures for the history as Rani of Jhansi, who fought against the British army in India during the so-called Mutiny of 1857; she features in Burman’s etching where she is portrayed as a ‘Rebel without Pause’ and a ‘Prophet of Rage’, after the Public Enemy song. Other important figures appearing in Kumari’s work are the powerful goddess Kali, screen stars such as Nargis and Meena Kumari and the artist herself. Burman treats her own image as a point of departure for her in-depth analysis of both Eastern and Western imagery of women. This solo show will present a selection of her historic and contemporary work including etchings, prints, photographs and collages.

Chila Kumari Burman was born in Liverpool and attended the Southport College of Art, the Leeds Polytechnic (B.A First class honours) and Slade School of Fine Art, where she did her MA in 1982. She works in printmaking, painting, installation and film, and was part of the Black British Art movement of the 1980s. Burman was one of the first British Asian female artists to have a monograph written about her work: Lynda Nead’s Chila Kumari Burman: Beyond Two Cultures (1995), and the second monograph by Rina Arya, titled Shakti Sexuality and Bindi Girls was published in 2012. Her work is in numerous public collections, including the Tate, Wellcome Trust, British Council Collection, Victoria & Albert Museum and Arts Council. Her most recent projects include an upcoming show at the Science Museum in London.

The event is part of Associate Programme of Art Night, a free contemporary arts festival in extraordinary spaces, that will transform London’s East End with art, performance and music by some of the world’s leading artists for the night of Saturday 1 July 2017. 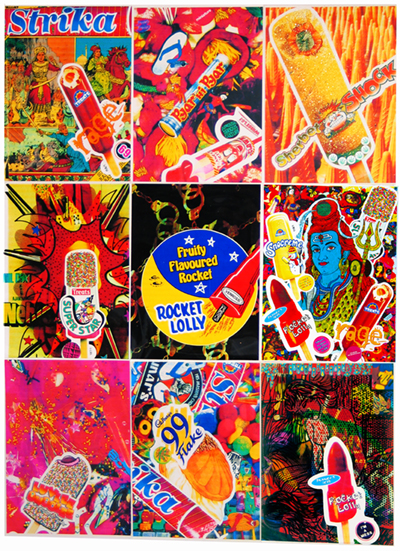