Let’s start from the beginning. Judging by your first works, we could expect continuation in classic surrealist movement. They presented meticulously rendered creatures and forms in flesh-coloured pinks, in deep and dark reds, blacks and greens. Why this departure from works a la Beksiński?

Certainly, one of the reasons was exactly that – ceaseless comparisons to Beksiński. And I wanted to speak with my own voice. To linger on in areas reserved for a character so strongly rooted in collective consciousness and representing a synonym of gloomy surrealism doomed me from the start to peripherality. I finally realized that I needed to leave this inner sanctum and move elsewhere to unknown regions.

Your current works present – next to scrupulously rendered fragments – bold and thick strokes of brush, agressive, as it were. Despite that, these paintings are percectly composed. To what extent is this energetic expression thought through, and how much is this the question of spontaneity, emotions?

The process of creating paintings is quite spontaneuos, close to surrealist method. I often begin with a spot or brush of stroke in quite a random place on the canvas, having rather a vague idea of what will appear next. The painting buds by itself.

This sounds a little enigmatic, and even for me, it is not a satisfactory explanation. This beginning from scratch is in fact only seeming. Even if the end result is very chaotic and resembles a spontaneous outburst of matter, there is always a certain order detectable coming from the absorption of some pictorial tradition. Even in the most incoherent and cacophonous painting, there are certain visual schemes recognizable which are clear to anyone familiar with art.

With time, the colours of your paintings have changed, too. Now, you happen to use candy colours: yellows, blues and greens. Personally, I can’t help feeling that you are still dwelling in a world of not so positive fantasy. Is this accurate to say that inspiration for these pieces is cartoon/manga world?

This comparison is absoltely right. With great interest, I follow manga, cartoons and various fanart – all this visual sea created by often nameless amateurs who doggedly produce their digital art in their gaming dens. I get very attracted to the fandom culture as it is an outburst of visual sweetness – everything is colourful here, smoothed, full of candy blicks and serving to please the eye. I try to sneak this quality into my paintings.

You could mock that this entire visual world of fandoms represents the clearest form of escapism. However, I must admit that this term seems somewhat unfair. There are echoes of contempt in it, but also of persistent negation of the fact that life has in a large extent moved online. This fantastic second life is not only a distraction from abominable daily life, but it can be a parallel life, in some sense more real than that in which we play our roles determined biologically and socially. In the world created, any poor soul can not only change their sex, but also grow fish scale or fur, belch fire, cast powers and lay eggs from which Pokemons hatch. It is a foretaste of transhumanism which – if the technological progress does not slow down afftected by the global crisis – will sooner or later come into being. It will be the furballs and cosplayers who will laugh last.

The motif that recurs in your pieces are fragments of genitals, detached from the body, levitating in the space. These fragments are red, swollen, hard, sometimes sick and withered. Is this a reference to the creative process?

I paint according to the rule what you see is what you get, which gives me a convenient alibi. Personally, I can’t see such an accumulation of genitals. More often, it is only a suggestion of the penis or curve of the bottom. Certainly, it is quite intriguing that in the world of animals dominated by sexual smells, human being is in a great extent a visual creature. This must have had far reaching consequences in developing and evolving of our culture where visual temptations, various eye candies, have always played a dominating role.

It might seem that you are creating in a world developed for and by yourself. How much does the current situation related to the pandemic affect you as the artist, if at all?

It is time of escapists. The temptation to put on tightly the VR helmet and plunge into the artificial world is quite big.

I myself – like everybody else – am consuming now a great deal of media which makes me realize that all these digital appetizers with whose cloud human beings have surrounded themselves have a balsamic dimension at the time of such plight. It would be difficult to survive the boredom of self-isolation without absorbing the media.

In between watching various vlogs, funny films, listening to podcasts, I still try to constantly work on something, even in a smallest extent. I make digital drawings in IPad, think of ideas for my next musical pieces. I have even started streaming on YouTube my improvized livesets which a modest bunch of recipients listen to wanting to get sad together with me. These are all quite meager activities, taken up contrary to my inner conviction that most certainly nothing will be the same as before and the current pause is only seeming. You can never know if in the post-COVID 19 world there will be any room for my antics. Perhaps, they will be totally out of place, like frolics played on ashes? In this question, you can probably hear howling wilderness ego, but it is a genuine concern, similar to that of the fate of the world.

It is also alarming how effectively COVID-19 has „cancelled” the climate crisis. It seems understandable that the „psycho energy” of the entire world is now focused on the here and now fight against the pandemic, but the crawling collapse of the natural world whose repercussions are going to be much more grevious is not stopping. This problem has only gone out of our sight, like Cracow smog.

At your U+1F351 PEACH show in Centrum Sztuki Współczesnej Zamek Ujazdowski in Warsaw in 2017 in addition to your paintings, there was also music that you make presented. In what extent is your music complementary to your expression on canvas and in what measure is it an additional and independent medium? Why – do you think – many contemporary artists use multimediality and multichannelity?

True, narrow specialization has its pluses and it could be wisest to perfect my skills in one medium only. However, the accessibility of various virtual tools is so rich that the temptation to use one or two of them and throw in my two cents prevails. Still, I must say that the condition of the precarian artist induces multimediality – nobody is going to relieve them and in many issues they must rely on their own resolutness.

I myself divide my time between visual and sound activities, and if the conditions are right, I try to sneak music to the gallery. I like it when the exhibition space is filled with sound, as it always changes the viewer’s perception and the rythm of walking in this space. For my recent show „Frukta i paszczęki” in Bunkier Sztuki in Cracow, I prepared languidly evolving soundscape which was a kind of sound plasma slowing down the viewer. In Project Room in Zamek Ujazdowski, the music was much thicker. I wanted to create an impression of entering a rich sound structure, additionally deconstructed to its prime factors. As you moved around the space and got closer to individual sources of noise, you could hear the individual constituents.

However, is my music at the service of painting? At exhibitions – yes. But I work simultaneously on pieces which are totally detached from my visual activities and function regularly on Bandcamp albums.

In 2017 you had an artistic residency in MeetFactory in Prague. In a conversation with MAK Gallery David Cerny, founder of MeetFactory, expressed his disappointment with the project and artists participating in it. What are your reflections from this stay?

I would treat Cerny’s statements with a distance. I spent a very nice time in MeetFactory, but I must honestly say that contacts with other artists are not something I feed on or something that spurs me to action. I do not have the instinct that would push me towards colaborative actions – I am definitely self-arousable. I work independently on my own account, which could be considered a limitation resulting from my psycho construction. However, I must admit that being in my thirties now, I can’t see much chance for improvement. 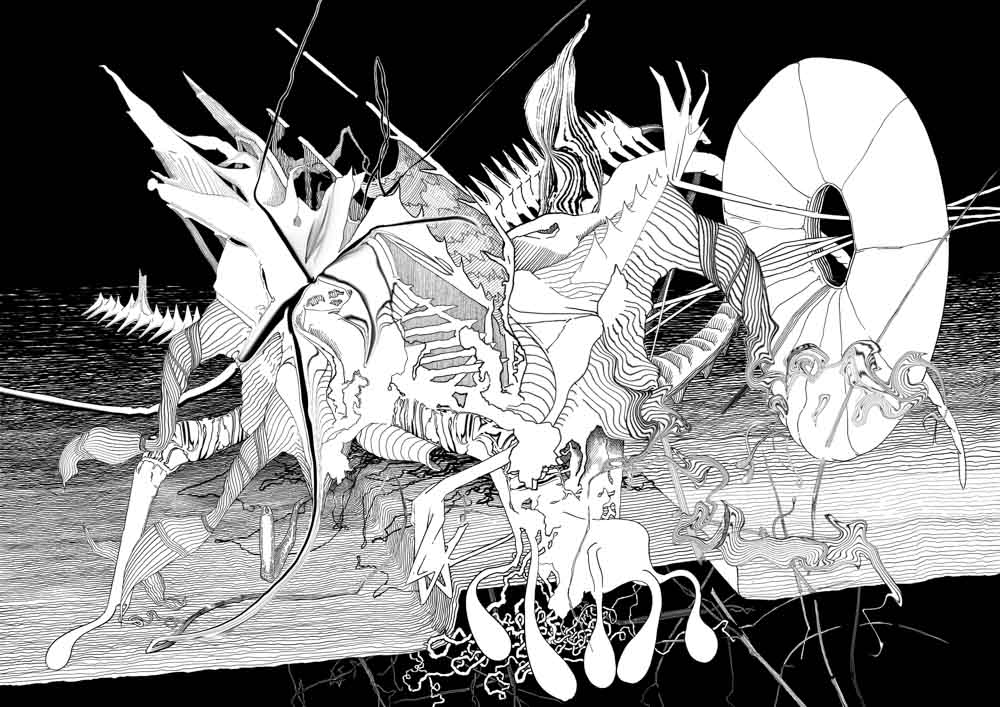 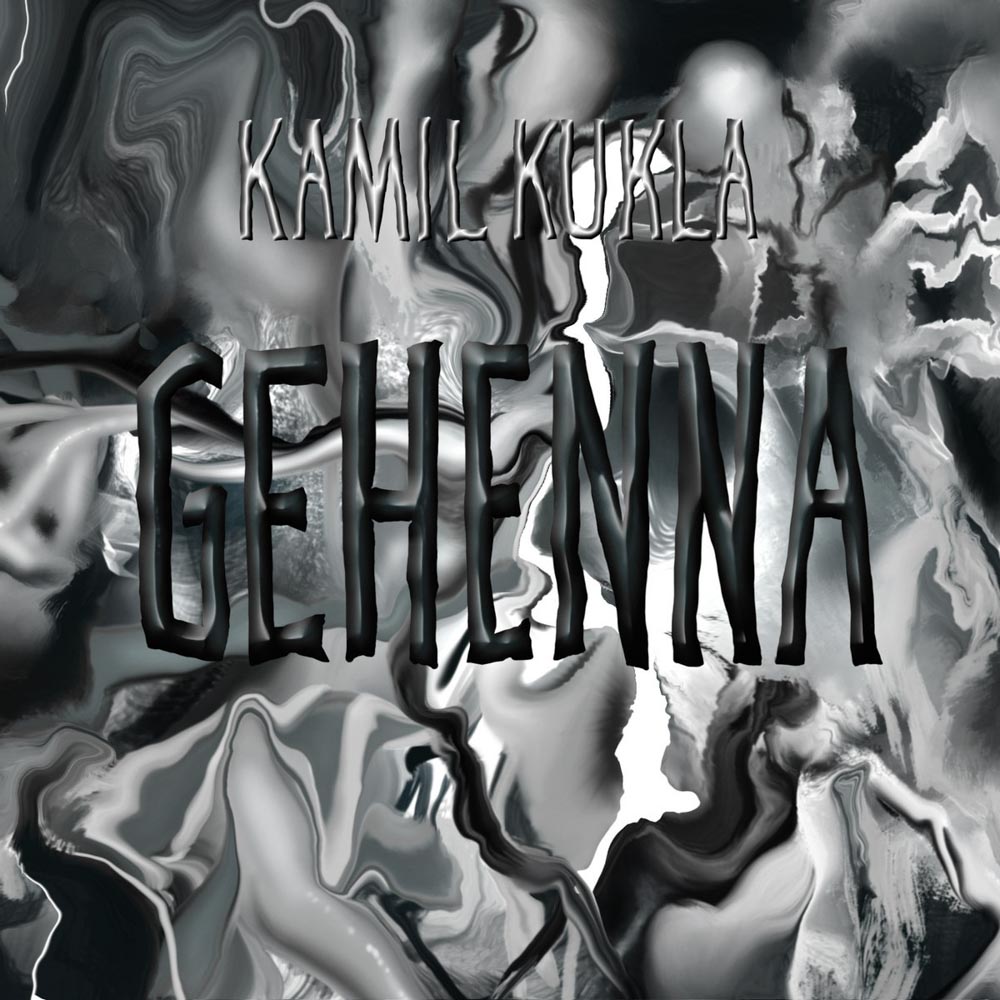 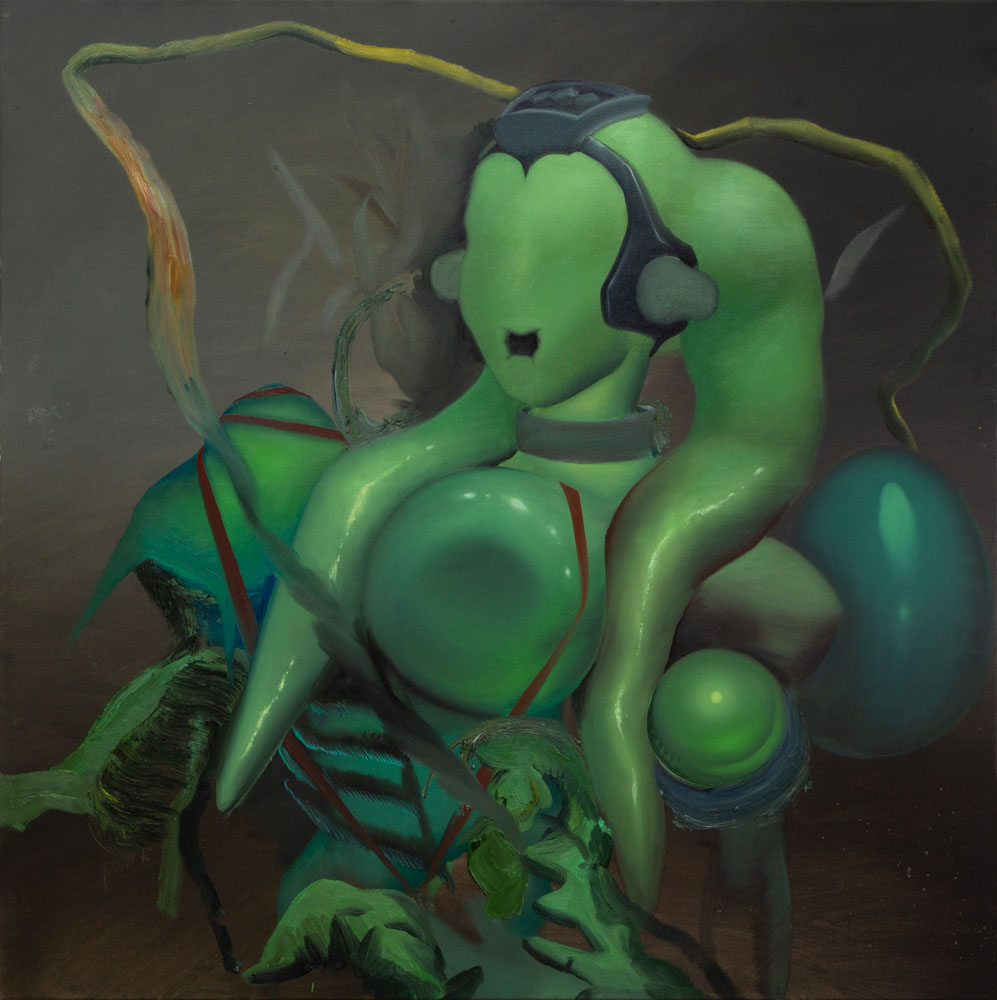 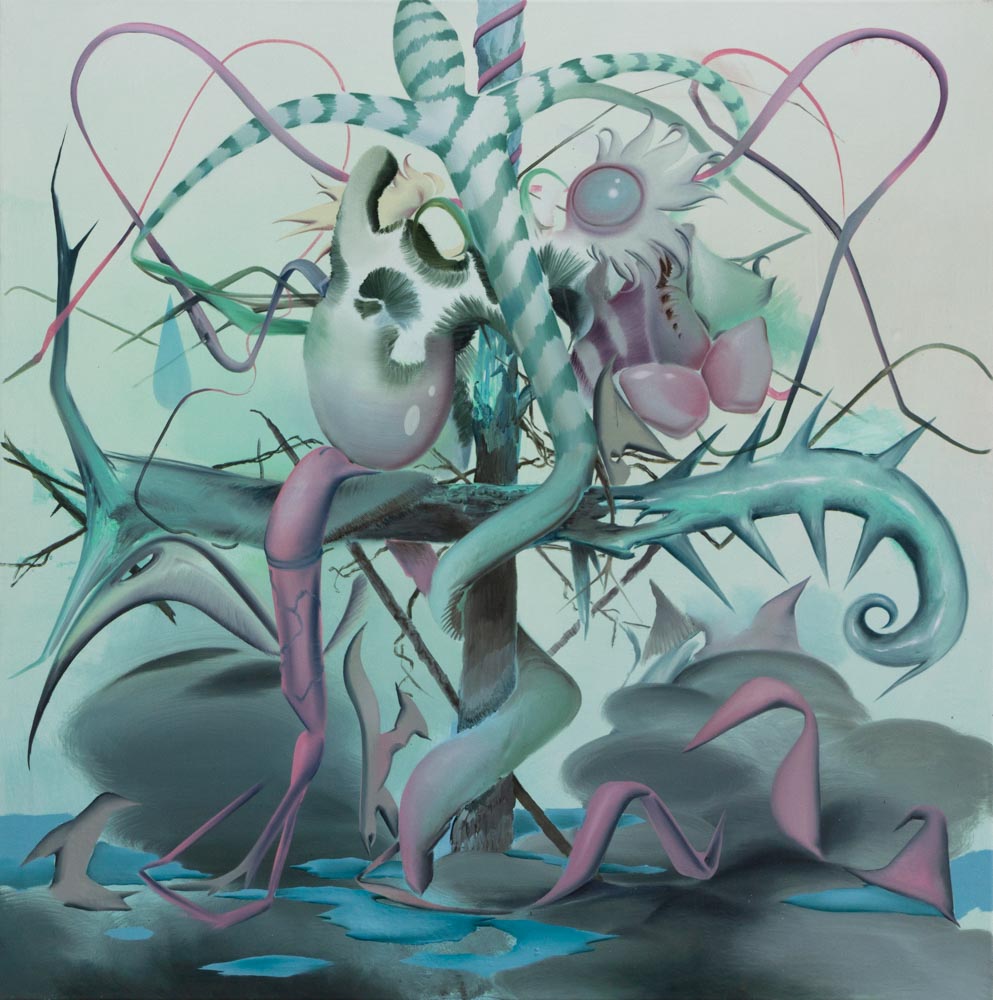